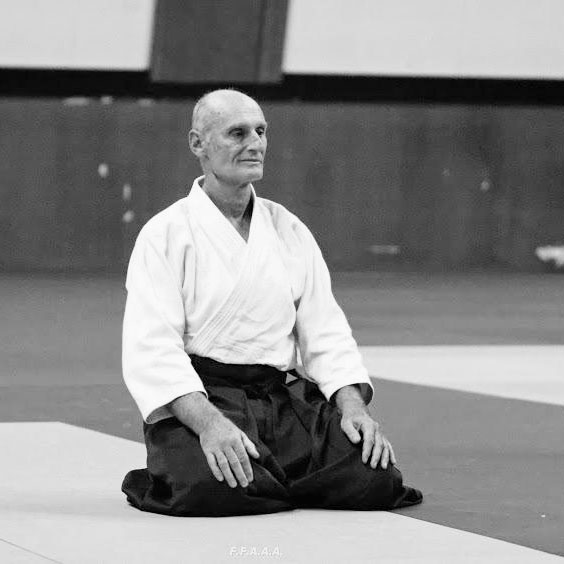 Franck NOEL founded the Dojo de La Roseraie in 1988 and, in June of 2018, he entrusted its continuation to Gaston NICOLESSI. Franck NOEL continues to supervise the dojo’s pedagogical team while furthering their ongoing technical instruction. He also continues to teach a few classes.

Franck NOEL is currently 7th dan, rank awarded to him by the Tokyo Aikikai world center for Aikido, where he studied for 8 years and with which he continues to maintain a close connection.

Furthermore, for over 20 years, he served as President of the National College of Experts (Collège Technique National) of the French Federation of Aikido, Aikibudo and Affiliates (FFAAA).

Lastly, he is the author of two works of reference “Aikido: fragments of a dialogue with two unknowns” and “Aikido: reflections, digressions and divagations along the path” as well as multiple texts and articles about Aikido.

If you are interested in purchasing these books, please email Franck NOEL directly at noel.franck@wanadoo.fr 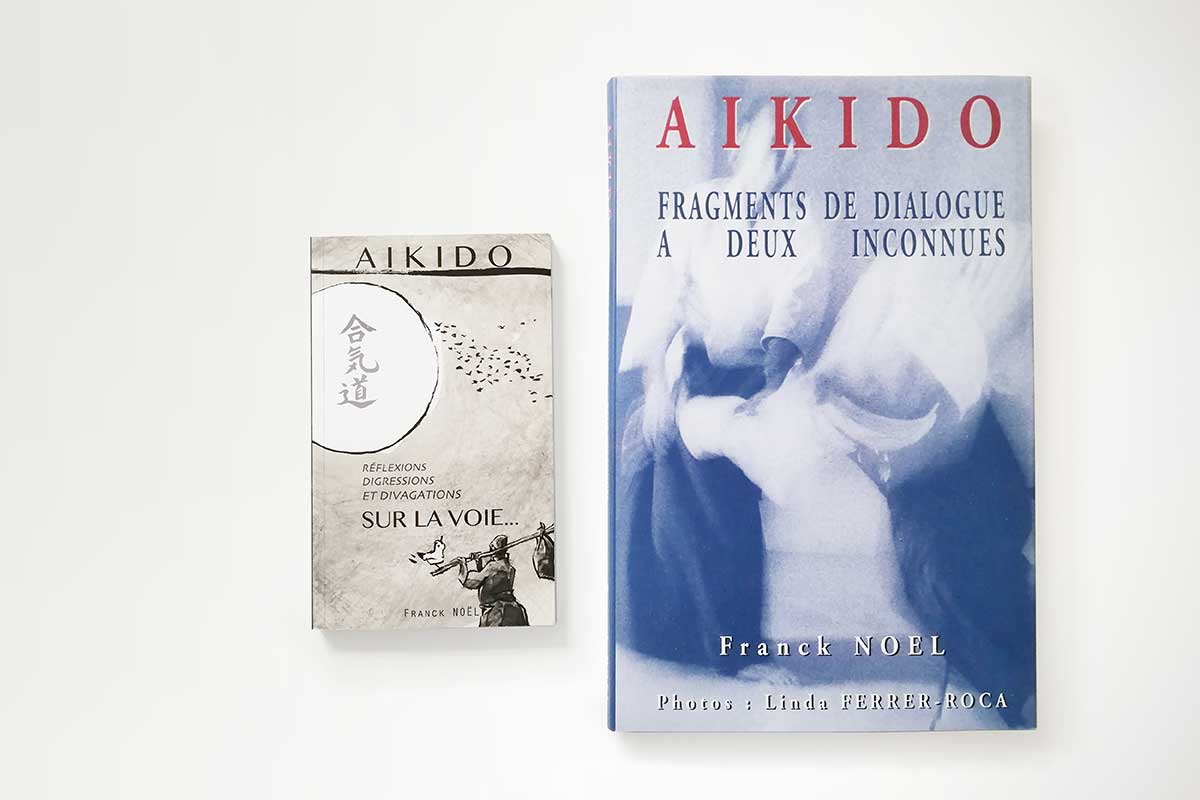 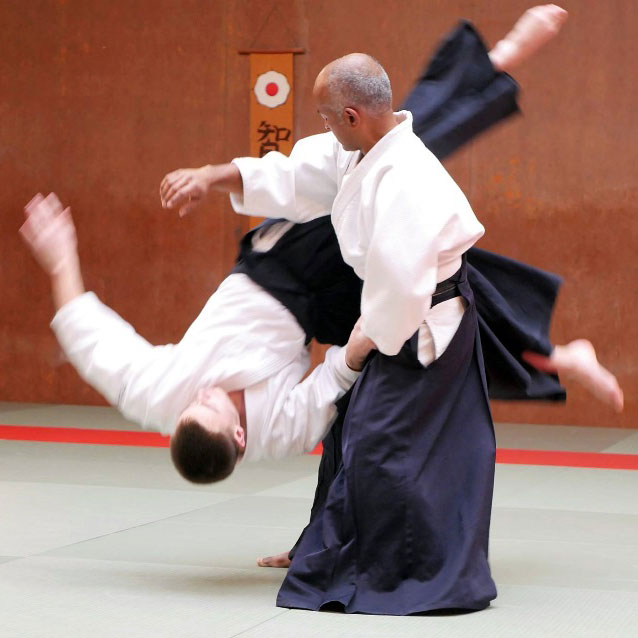 Through his example and his teaching, Gaston fosters an aiki practice that is at once supple and dynamic. This constant quest for rigorous execution of techniques, while upholding of aiki values, engenders an aikido that is humanly enriching and physically structured, here pleasure rhymes with martial precision. For Gaston, the foundations of Aikido are awareness, pleasure and connection.

He began teaching in Toulouse in 1996, and has, since 2008, led numerous seminars in France and abroad (Spain, Lebanon, Finland, Czech Republic…).

Gaston discovered aikido at the age of 11, in Tulear, a small city located in the south-west of Madagascar. His first teacher, Hervé Brugoux, was one of the pioneers of Aikido in this island-country. (An expat for over 40 years -originally from Toulouse!, he has now returned to the Tarn region.) At the age of 15, Gaston leaves Madagascar to continue his studies in the south of France.

At the age of 19, he moves to Toulouse enrolling at the Dojo of La Roseraie.

Inspired by the quality and the intensity of the classes taught by Franck NOEL, he begins an assiduous daily practice while discovering, through seminars, the teachings of such renowned teachers as Yamaguchi Sensei, Endo Sensei, Saotome Sensei…

In 1996, upon the request of one of the leaders of the Budokan, a well esteemed karate club in Toulouse – he opens his first aikido club at the age of 24.

In 1998, he travels to Sydney, Australia where he discovers the Wing-chung school of Kung-Fu. Drawn by the strong similarities between this new discipline and aikido (principles such as the control of one’s partner’s central axis, the absence of tension, mobility, the quest for purity of action and its aesthetic), he fully invests his energy in Wing-chung for the duration of his 24-month stay in Sydney.

When he returns to France, he resumes his practice of Wing-chung in Paris with Sifu Didier Beddar and then once again in Toulouse with Stéphane Serror.

In 2001, he returns to his assiduity in his apprenticeship of Aikido with Franck NOEL, giving his first classes at La Roseraie and also at Cugnaux. He obtains his teaching diploma in 2005, his 4th dan in 2006 and his 5th dan in 2014.

And in June 2018, in accordance with the spirit of the place and its founder Franck NOEL, he accepts the direction of La Roseraie. 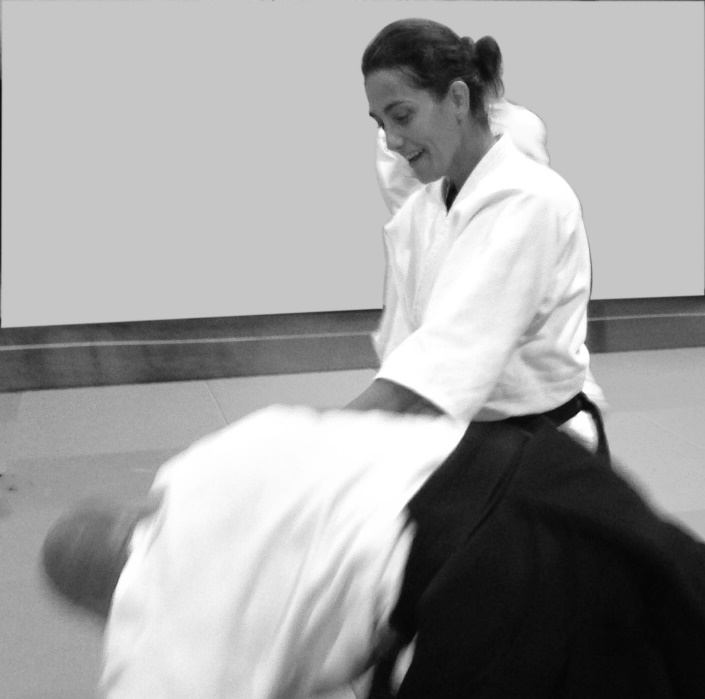 Elsa AMADIEU, currently ranked 5th dan, holds the state, sports-education diploma (DEJEPS) and has been practicing Aikido since 1995. She started in Bordeaux as a member of the student’s BEC club. She then practiced in Marseille until 2009 before moving to Toulouse where she began studying at La Roseraie dojo with Franck NOEL. She holds a first level state diploma and has been teaching at La Roseraie since 2012. She brings to this task her particular approach of individual difficulties providing pertinent and personalized guidance. 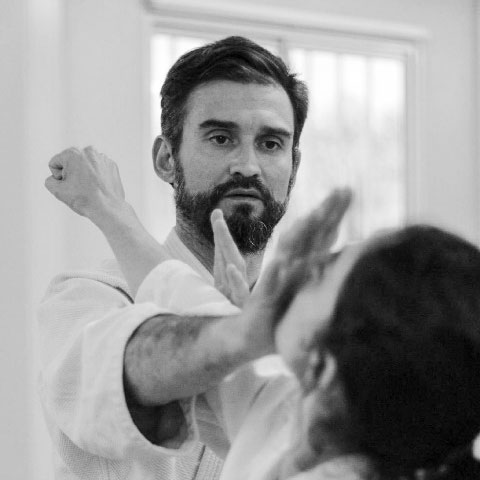 Jean-Pierre VINSOUS, currently ranked 4th dan, holds the state sports education diploma (DEJEPS). He started studying martial arts at the age of nineteen. If, at the outset, he was drawn to Wing-chun style Kung Fu, in 2001, at the age of 27, he discovers the Aikidojo, La Roseraie. Obtaining his first level state diploma in 2011, he teaches first at La Roseraie and then at Gaston Nicolessi’s Cugnaux Dojo. Then in 2015, he opens an Aikido section at the Shotokai Karaté club of Auterive. Today, Jean-Pierre VINSOUS is the main Aikido teacher in Cugnaux, after Gaston handed him his group in 2018. 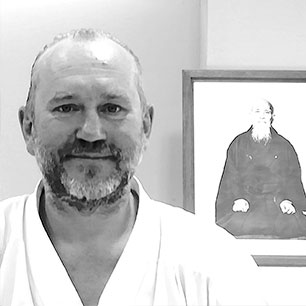 Serge PAVLENKO, currently ranked 3rd dan, holds the state, sports-education certification.
Before beginning aikido in 1993 in St Petersberg, Serguei PAVLENKO played on a high-level handball team in Russia. He is also part of the winning squad in the Russian wrestling championship. Arriving in France in 1996, he studies under Franck NOEL at La Roseraie. In 2005, he begins teaching in the Czech Republic in Prague. He is awarded his 3rd dan Aikikai in 2009 and then, back in Toulouse, having obtained the French teaching certification in 2015, he begins implementing classes at La Roseraie. Teaching enables him to not only transmit his practice but to continue his enquiries within the practice of Aikido. 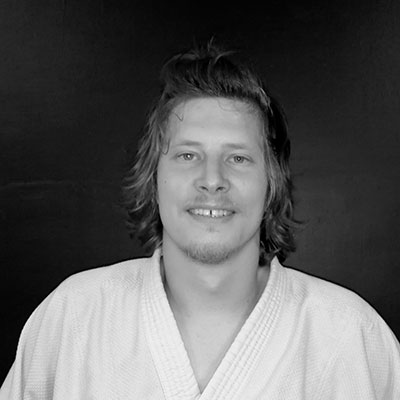 César-Aimé VAILLANT, 2nd dan Aikikai, started Aïkido in 2007 in Casablanca (Morrocco). In 2012, he joined the Dojo de la Roseraie and attended the classes, at a very high frequency. In 2020, he takes a step further and joins the teaching squad of he Dojo, under the supervision of Gaston NICOLESSI. Cesar also practised Karaté for a few years and shows great interest and capabilities in other contact martial arts. 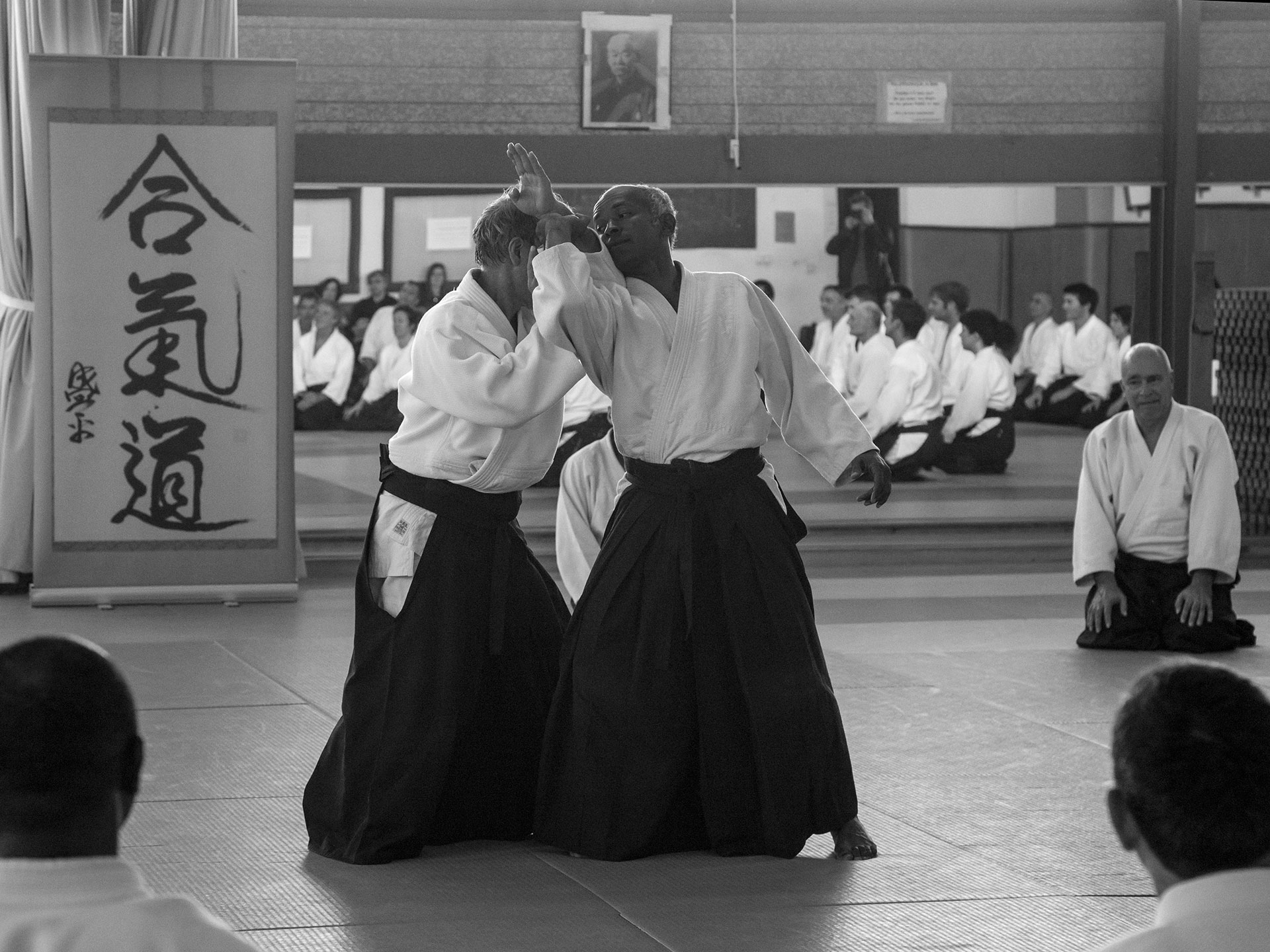